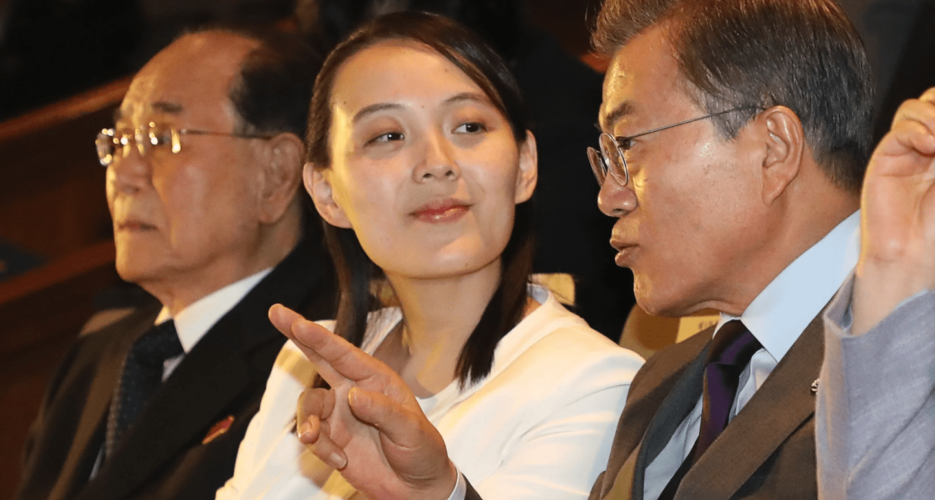 South Korea will “not endure” further insults or aggression from the North, Seoul’s presidential Blue House said Wednesday, in the wake of Pyongyang’s high-profile demolition of an inter-Korean liaison office at Kaesong the previous day.

In a series of statements, the Blue House, along with Seoul’s defense and unification ministries, expressed “strong regret” in response to Pyongyang’s repeated threats to redeploy troops and resume military drills in previously-demilitarized areas along the inter-Korean border.

The presidential office also condemned an earlier statement by top North Korean official Kim Yo Jong, in which she deployed a number of insults against the South Korean President and his recent remarks on the anniversary of the June 15 Joint Declaration.

“It is senseless of the North’s… Kim Yo Jong to speak ill of it in a very rude tone, without any understanding of its purpose at all,” said Blue House official Yoon Do-han in a briefing.

Kim on Wednesday condemned Moon’s speech as “shameless” and “impudent,” even mocking the President’s decision to wear a tie worn by the late President Kim Dae-jung during his meeting with Kim Jong Il in 2000.

“We warn that we will not endure this type of words and actions,” the Blue House official said, adding that such statements damage trust built up by the two Koreas.

Harshly-worded statements from Pyongyang, Yoon said, are “of no help at all to the North.”

“The North will have to fully take responsibility for all consequences that will be caused,” he warned. “We hope that the North, going forward, will have basic manners.”

The Blue House on Wednesday also condemned the North’s decision to “unilaterally disclose” the South’s Monday offer to send two special envoys to the North.

Condemning Pyongyang’s “senseless” decision to disclose the off-the-record proposal, Yoon said the North had “distorted” the purpose of the offer.

Meanwhile, efforts by the ruling party to ratify the 2018 Panmunjom Declaration into South Korean law — on the agenda for the newly-inaugurated 21st National Assembly — now appears to be “too much,” one Blue House official admitted to reporters after the briefing.

That statement, delivered by a spokesperson for the General Staff of the North’s Korean People’s Army (KPA), also announced that “artillery units” deployed on the front line, including the southwest naval front, would soon reinforce combat duty.

In response, South Korea’s Ministry of National Defense (MND) expressed “deep concerns” about the plans, warning that any such action was “directly against the 2018 Panmunjom Declaration and the September Military Agreement, along with other inter-Korean agreements made until now.”

“If these measures… are taken, the North will certainly pay the corresponding price for it,” head of operations at the Joint Chiefs of Staff (JCS) Jeon Dong-jin said.

Seoul’s unification ministry also weighed in on Wednesday, expressing disappointment at the North’s plan to remilitarize the Mount Kumgang and Kaesong areas.

“Today’s announcement from the North is behavior that backtracks to the past — the times before 2000 June 15 South-North Joint Declaration,” vice unification minister Suh Ho said in a briefing.

“This is a clear violation of our people’s right to property,” he added. “The North will have to take due responsibility for this. We urge the North to stop further measures that will worsen the situation.”

South Korea will "not endure" further insults or aggression from the North, Seoul's presidential Blue House said Wednesday, in the wake of Pyongyang's high-profile demolition of an inter-Korean liaison office at Kaesong the previous day.

In a series of statements, the Blue House, along with Seoul's defense and unification ministries, expressed "strong regret" in response to Pyongyang's repeated threats to redeploy troops and resume military drills in previously-demilitarized areas along the inter-Korean border.