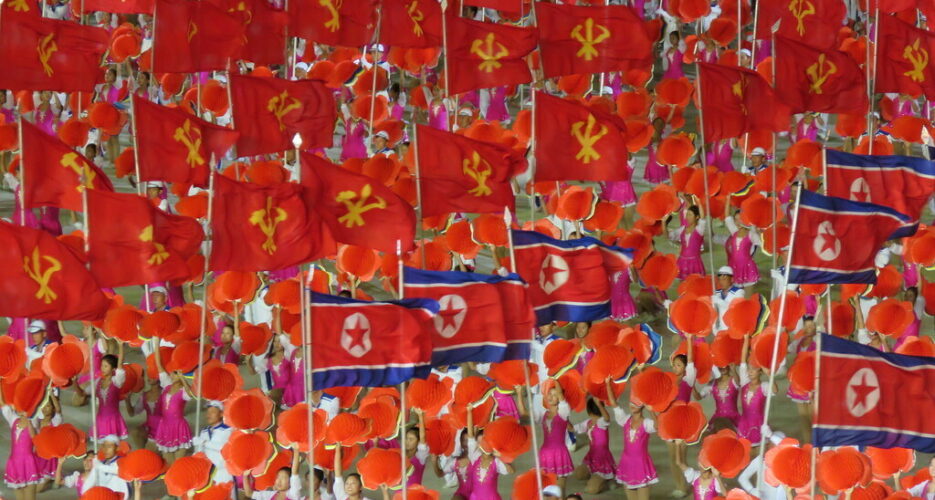 The U.S. is actively reaching out to North Korea in an attempt to restart diplomacy between the two countries, the White House national security adviser said in an interview published Sunday.

Speaking with Axios, Robert O’Brien said Washington was seeking to return to working-level talks with Pyongyang — stalled since negotiations fell apart in Sweden in October.

“We’ve reached out to the North Koreans and let them know that we would like to continue the negotiations in Stockholm that were last undertaken in early October,” he said.

The U.S., he said, hopes to “get those [negotiations] back on track,” and was using “various channels” to communicate its desire for talks to the North Koreans.

He did not, however, say whether one of those channels had been a birthday greeting from President Donald Trump to North Korean leader Kim Jong Un, reported to have been delivered last week.

In a statement acknowledging the receipt of that note through a “special liaison channel” over the weekend, a top North Korean diplomat stressed that relations between the two leaders “are not bad.”

But this close relationship, he added, was not enough to resolve the now almost year-long impasse in negotiations.

“It is absentminded to think of either making us return to the dialogue with the U.S. by taking the advantage of such relations or creating an atmosphere for it,” Kim Kye Gwan, an adviser to the DPRK’s Ministry of Foreign Affairs (MFA), said.

A return to talks, he continued, would only be possible should the U.S. abandon efforts to place pressure on North Korea.

“We know well that the U.S. is neither ready nor able to do so,” Kim said. “We know well about the way we should go and will go on our way.”

A previous warning from a DPRK diplomat that the U.S. would need to decide what kind of “Christmas gift” it received had left many expecting Pyongyang to conduct a long-range missile or nuclear test last December, though no such test took place.

“That appears to be positive,” the national security adviser said. “”All we know is we were told we were going to get a Christmas gift and the Christmas gift didn’t come. And so I think that was an encouraging sign.”

“But, again, that doesn’t mean we won’t see some sort of test in the future.”

One expert cast doubt, however, on whether O’Brien’s remarks suggested a return to long-stalled talks is imminent, or whether any such negotiations would be capable of moving beyond the main sources of contention between the two sides.

“Of course the United States has been reaching out to the North Koreans through existing channels.”

“But I’m willing to bet neither side has shown any more flexibility or budged on substance, and without that sort of movement, it doesn’t really mean anything that Washington wants to talk to Pyongyang.”

The U.S. State Department did not immediately respond to requests for further details from NK News.

The U.S. is actively reaching out to North Korea in an attempt to restart diplomacy between the two countries, the White House national security adviser said in an interview published Sunday. Speaking with Axios, Robert O'Brien said Washington was seeking to return to working-level talks with Pyongyang -- stalled since negotiations fell apart in Sweden in October.  "We've reached out to the