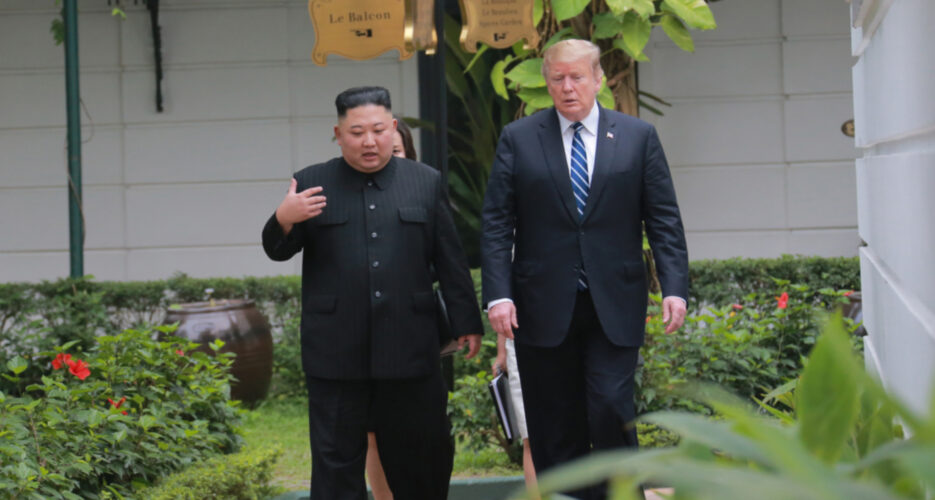 Pyongyang will not return to dialogue with the U.S. unless all its demands are accepted by Washington, a top adviser to North Korea’s foreign ministry said in a statement on Saturday.

The position was communicated in remarks by Kim Kye Gwan, which also confirmed that U.S. President Donald Trump directly sent a “personal letter” to mark Kim Jong Un’s birthday – the first apparent DPRK confirmation of the North Korean leader’s birthday being in January.

Kim’s remarks, however, criticized South Korea’s Blue House for involving itself in the communication of Trump’s birthday wishes this week, saying its mediation was not necessary as a “special liaison channel” between Trump and Kim exists.

Seoul “had better not dream a fabulous dream that we would return to the dialogue with thankful feelings for the birthday greetings like someone,” Kim Kye Gwan said, describing South Korea as “making a fuss.”

Kim, who was North Korea’s former top nuclear negotiator and currently serves as an adviser to the country’s Ministry of Foreign Affairs (MFA), also said that Pyongyang is unwilling to resume dialogue despite the good personal relationship between Trump and Kim Jong Un.

His statement appeared to respond to the birthday greeting which Trump reportedly asked South Korean President Moon to deliver to Kim, which ROK national security advisor Chung Eui-yong said the previous day had been conveyed through an “appropriate method.”

Trump’s letter represented the first publicly-confirmed contact between the two leaders since August 2019, when he said he received a “small apology” from Kim for a series of missile tests.

Noting that relations between President Trump and Kim Jong Un are “not bad,” Kim Kye Gwan’s Saturday statement however brushed off the possibility that his birthday greetings could catalyze a resumption of diplomatic talks.

“We have been deceived by the U.S., being caught in the dialogue with it for over one year and a half,” said Kim’s statement. “And that was the lost time for us.”

Notably, the MFA adviser described Trump and Kim’s relationship as a strictly “personal” issue, appearing to downgrade its importance towards broader U.S.-DPRK diplomacy.

“The Chairman of the State Affairs Commission would not discuss the state affairs on the basis of such personal feelings, as he represents our state and its interests,” Kim said.

The foreign ministry official’s remarks come amid uncertainty about the future of U.S.-DPRK diplomacy, following the collapse of talks at Hanoi and Stockholm last year and Kim Jong Un’s self-proclaimed “year-end deadline” expiring.

It also comes amid an increasing possibility that the North is bracing for a “long-term confrontation” with the U.S. – with a new “offensive line” that seeks to make the ongoing development of “strategic weapons” a priority.

The country’s new strategic posture was proclaimed at a rare four-day party plenum in December, in which Kim Jong Un said that the “basis for being one-sidedly tethered to the pledges… are gone” – referring to the North’s moratorium on ICBM and nuclear testing, and the dismantlement of the Punggye-ri nuclear test site.

Pyongyang’s “head-on breakthrough battle” and a “long-term confrontation with the U.S.” would therefore be inevitable in 2020, the plenum concluded.

Kim Kye Gwan’s Saturday statement reflects the same resolve outlined by Kim Jong Un at the end of the plenum, directly mentioning the impact of the failed Hanoi summit.

“There will never be such negotiations as that in Vietnam, in which we proposed exchanging a core nuclear facility of the country for the lift of some UN sanctions in a bid to lessen the sufferings of the peaceable people even a bit,” he said.

The latest statement, however, appeared to leave a very small window of opportunity, reiterating that dialogue between Washington and Pyongyang “may be possible only under the condition of the latter’s absolute agreement on the issues raised by the former”.

Overall, the MFA advisor expressed Pyongyang’s ongoing frustration with Washington, adding that the North thinks that the U.S. can not and is not ready to accept its demands.

“We know well about the way we should go and will go on our way,” Kim said.

Pyongyang will not return to dialogue with the U.S. unless all its demands are accepted by Washington, a top adviser to North Korea’s foreign ministry said in a statement on Saturday. The position was communicated in remarks by Kim Kye Gwan, which also confirmed that U.S. President Donald Trump directly sent a "personal letter" to mark Kim Jong Un's birthday – the first apparent DPRK