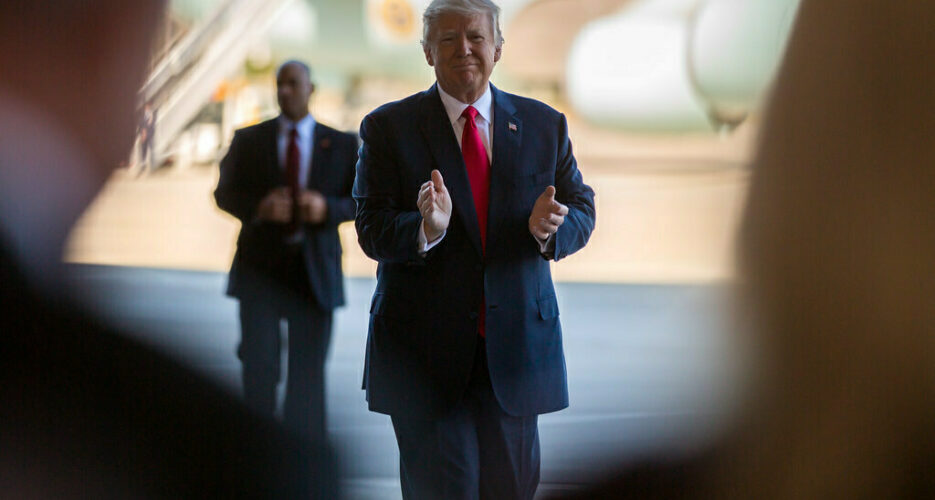 Speaking during a signing of new sanctions on Iran, the U.S. President reiterated that he believed North Korea has great potential.

“(Kim) actually sent me birthday wishes and it was a friendly letter,” Trump, who turned 74 in June, said in comments carried by AFP.

“A letter was sent by President Trump and correspondence between the two leaders has been ongoing,” the brief statement read.

The exchange between the two leaders marks a possible uptick in positive sentiment between Pyongyang and Washington, with relations taking a downturn after the failure of the Hanoi summit in February.

Speaking last week in Washington, U.S. Special Representative for North Korea Stephen Biegun admitted that diplomacy with North Korea since Hanoi had been in a “holding pattern.”

But the U.S. point man on North Korea added that he hoped talks would be back on track soon, saying Washington and Pyongyang would be “re-engaged in this process in a substantive way” in the “not too distant future.”

Speaking on Sunday, U.S. Secretary of State Mike Pompeo also said he hoped the exchange of letters between Trump and Kim marked a turning point with Pyongyang.

“I’m hopeful that this will provide a good foundation for us to begin … these important discussions with the North Koreans,” Pompeo said before departing for a trip to the Middle East, in comments carried by Reuters.

“I think the remarks you saw out of North Korea this morning suggest that (working-level talks) may well be a very good possibility. We’re ready to go, we’re literally prepared to go at a moment’s notice if the North Koreans indicate that they’re prepared for those discussions.”

Pompeo added that he believed Washington and Pyongyang are “in a better place” now compared to February after both sides walked away from the negotiation table in the Vietnamese capital.

The positive comments come ahead of a potentially busy week in North Korea-related diplomacy, with Trump to take part in a summit with South Korean counterpart Moon Jae-in on Saturday.

The visit will be the U.S. President’s first visit to South Korea since November 2017 and the eighth between the two leaders, and will immediately follow the G20 summit in Osaka, Japan — scheduled to take place from Thursday to Friday.

Trump is also expected to use that summit to hold meetings with Chinese President Xi Jinping, who just returned from talks with Kim in Pyongyang.

U.S. President Donald Trump on Monday said he sent North Korean leader Kim Jong Un a "very friendly" letter in response to an earlier letter from Kim wishing him a happy birthday. Speaking during a signing of new sanctions on Iran, the U.S. President reiterated that he believed North Korea has great potential. "(Kim) actually sent me birthday wishes and it was a friendly letter," Trump, who