U.S. will only value action on North Korea’s denuclearization: Pompeo
U.S. Secretary of State says 'talk is cheap' and it's time for both sides to live up to commitments
Leo Byrne March 12, 2019 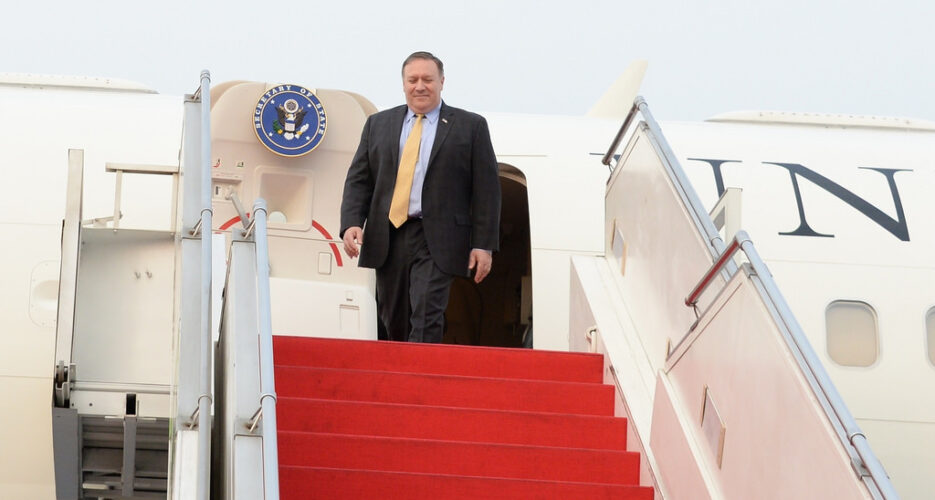 U.S. Secretary of State Mike Pompeo on Tuesday said that Washington is looking for action from North Korea in the future, adding that both sides need to start living up to their commitments.

“Well, we only will value action. Talk is cheap. It’s important that we actually begin to deliver on the commitments,” Pompeo said in answer to question on if he believed Kim’s statements.

“What we’ll need to see is action, and that’s what we’re counting on, and it’s what I’m hopeful we’ll get in the months ahead.”

Pompeo said that Pyongyang had committed to denuclearizing during the Singapore Summit held in June last year, while Washington had committed to “make North Korea have a brighter future and to stability and security arrangements on the peninsula.”

Speaking in a different interview with KTRH Houston’s Morning News, Pompeo said the DPRK remains a threat, and also commented on the scaling back of joint military exercises with South Korea.

“(North Korea) is a real threat to the United States of America and we want to get North Korea to honor its commitment to denuclearize,” Pompeo said.

“The Department of Defense is confident it can maintain the readiness it needs to take whatever action it might need to take at some point to work with our allies, Japan and South Korea, and to keep the American people safe,” the Secretary of State added on military exercises.

During a third interview, Pompeo also commented on the current sanctions regime, saying that pressure on the DPRK remained high.

“The truth is to grow an economy you need energy. Their electrical infrastructure needs work. They need refined petroleum products,” Pompeo said.

“One of the ways that we’ve convinced North Korea to move towards denuclearization is to reduce the amount of energy that they can import, and those sanctions that the United Nations put in place alongside of us have made a material difference.”

The secretary of state added that the sanctions have made things harder for Pyongyang, which was a contributing factor to bringing Kim to the negotiating table.

But Pompeo’s comments come on the same day as the UN Panel of Experts (PoE) tasked with monitoring sanctions enforcement on the DPRK released their yearly report.

The PoE’s investigations found wide-ranging sanctions breaches across a variety of sectors, from commodities trading to weapons sales and breaches of the UN’s financial restrictions.

The report also noted North Korea’s massively increased sanctions evasion programs focused on oil, which may have allowed the DPRK to circumvent UN-mandated restrictions on the country’s supplies of refined petroleum products.

“These violations render the latest United Nations sanctions ineffective by flouting the caps on the DPRK’s import of petroleum products and crude oil,” the PoE report summary read.

“These transfers have increased in scope, scale, and sophistication with more than 50 vessels and 160 associated companies under investigation,” the report added.

U.S. Secretary of State Mike Pompeo on Tuesday said that Washington is looking for action from North Korea in the future, adding that both sides need to start living up to their commitments. Pompeo gave several TV interviews throughout Tuesday morning, though told Fox 26 Houston Morning News that North Korean leader Kim Jong Un had told personally many times that the DPRK would denuclearize.