Kim and Trump to meet one-on-one at the Sofitel Legend Metropole: White House
The 20-minute meeting will be followed by a "social dinner," updated schedule says
Leo Byrne February 26, 2019 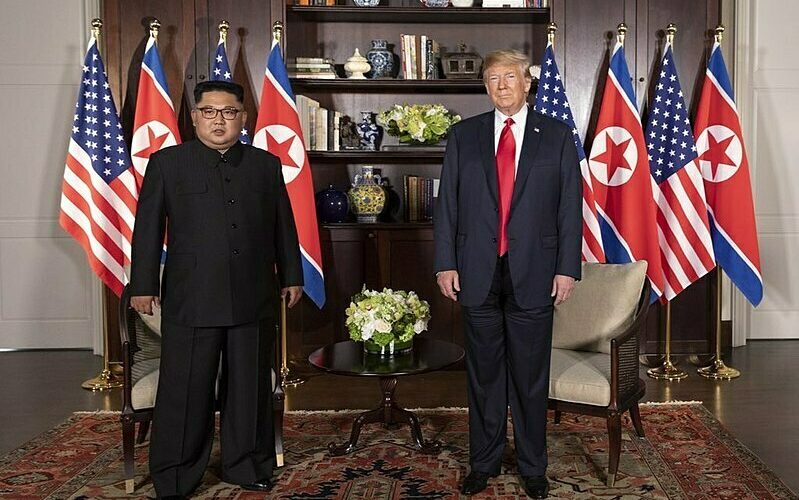 Trump and Kim’s private meeting will take place at 1840 local time, ten minutes after the two leaders officially greet each other.

The meeting will last twenty minutes and will be followed by a “social dinner” where Trump will be accompanied by Secretary of State Mike Pompeo and White House Chief of Staff Mick Mulvaney, while Kim is also expected to be joined by two top officials.

U.S. President Donald Trump landed in Hanoi just after 21:00 local time Tuesday evening ahead of the second summit with Kim.

Pompeo was in Vietnamese capital before Trump and met with Vietnamese Deputy Prime Minister and Foreign Minister Pham Binh Minh earlier on Tuesday.

“The Secretary and the Deputy Prime Minister discussed a wide range of bilateral and regional issues.”

Kim Jong Un also arrived in Hanoi earlier Tuesday, having transferred to his personal limousine at the Vietnam-China border in the early morning following an over-60-hour train journey he began from Pyongyang on Saturday.

Also on Tuesday, Kim made a brief visit to the DPRK Embassy in Hanoi with local press reporting his departure within an hour of arriving.

Prior to departing the United States, Trump said he expected the summit with Kim to be “very productive” via his Twitter account.

In a White House Business Session with U.S. governors early Monday morning in Washington, Trump also spoke positively of the coming summit, saying he expects to discuss with Kim Jong Un “something that, frankly, he never spoke to anybody about.”

“We want denuclearization, and I think he’ll have a country that will set a lot of records for speed in terms of an economy.”

U.S. President Donald Trump will meet one-on-one with North Korean leader Kim Jong Un at the Sofitel Legend Metropole in Hanoi, the White House confirmed on Tuesday. Trump and Kim's private meeting will take place at 1840 local time, ten minutes after the two leaders officially greet each other. The meeting will last twenty minutes and will be followed by a "social dinner" where Trump will