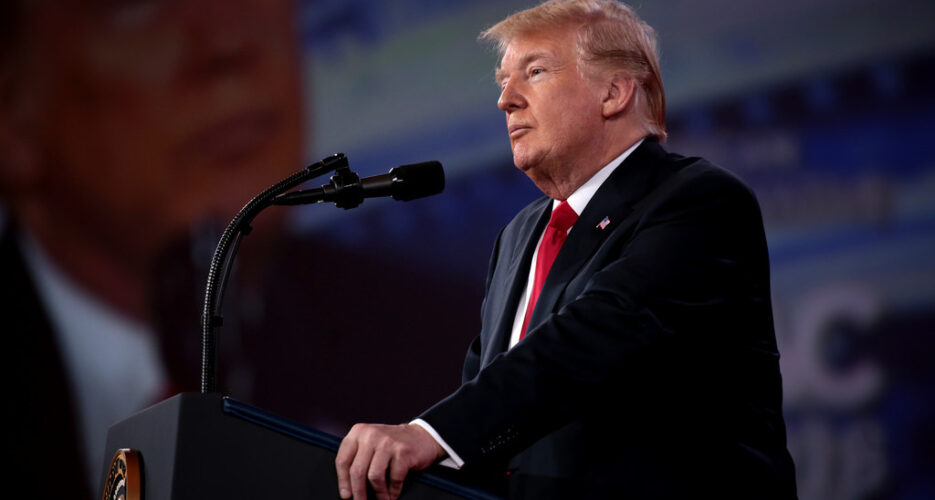 The return of the remains is part of the agreement Trump signed with North Korean leader Kim Jong Un on June 12 in Singapore.

“Army Master Sgt. Charles H. McDaniel, 32, of Vernon, Indiana, and Army Pfc. William H. Jones, 19, of Nash County, North Carolina, are the first American remains from North Korea to be identified as a result of my Summit with Chairman Kim,” Trump said via social media.

“These HEROES are home, they may Rest In Peace, and hopefully their families can have closure.”

U.S. Vice President Mike Pence said on the same day that “all” the remains of servicemen would be returned to the United States.

“President Trump secured a promise from Kim Jong Un to return the remains of all our missing heroes from the Korean War,” Pence said in comments carried by CNN.

“Thanks to the leadership of President Donald Trump, once again, our boys are coming home,” the vice president added while speaking at an event honoring Korean War veterans also held on Thursday.

The news came as Kelly McKeague, director of the Defense POW-MIA Accounting Agency said Washington hopes to have face to face conversations with North Korea next month to attempt to secure further remains.

According to McKeague the U.S. hopes to send personnel to the DPRK to help recover additional remains of soldiers who were killed during the war, though also indicated the DPRK was seeking some type of compensation for cooperating.

Neither the White House or State Department replied to requests for comment on what form the compensation might take.

The Defense POW-MIA Accounting Agency previously identified the remains on September 13, though did not release the names to the public. The process of identifying them was fast as their remains were relatively complete, the agency said.

North Korea returned 55 sets of remains to the U.S. in July, as part of the agreement signed by the two countries’ leaders in Singapore the previous month.

The last point of the joint statement signed in Singapore by Trump and Kim committed North Korea to returning the remains as soon as possible.

“The United States and the DPRK commit to recovering POW/MIA remains, including the immediate repatriation of those already identified,” the declaration reads.

The return of the remains is part of the agreement Trump signed with North Korean leader Kim Jong Un on June 12 in Singapore.