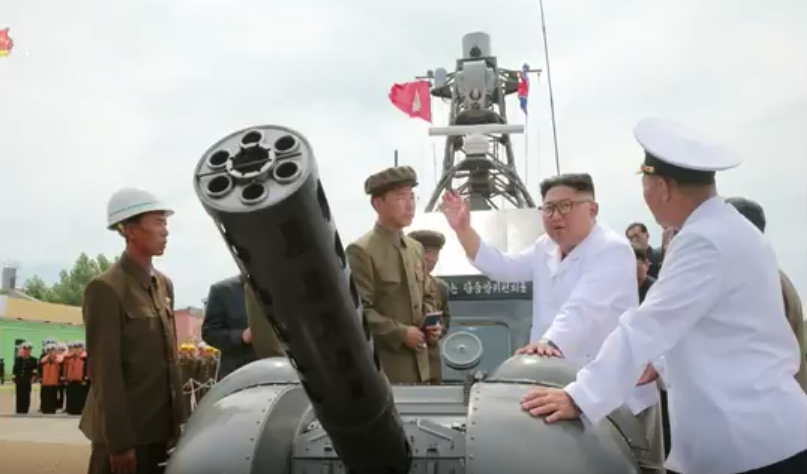 Kim was touring the east coast city and boarded what DPRK media called a “newly built warship” with state television broadcasting two still images of the North Korean leader aboard the vessel.

“After acquainting himself with the structure and tactical and technical specifications of a newly built warship and its weapons and equipment, he boarded the warship on a trial navigation,” the Korean Central News Agency (KCNA) reported on July 17.

“He praised the workers of the shipyard for having successfully built the warship with excellent mobility and firepower capability to strengthen the navy by fully displaying the revolutionary spirit of self-reliance,” it added.

According to two analysts – Joost Oliemans and Stijn Mitzer – the footage reveals details of a new “Nalchi” class VSV’s (Very Slender Vessels) and possibly the first ever images of the deployed vessel provided by the DPRK, despite the production of the ships beginning several years ago.

“These craft have been in production since the 2010s, and are designed with a very slender hull so they can pierce through waves rather than go over them. Hence designated VSVs (Very Slender Vessels), they can reach much higher top speeds than regular craft, for instance, some 110km/h for a variant in service with the Royal Marines,” the two said.

“The North Koreans are the first to build them in this size and number though, and also to fit them with heavy armament – so that’s quite unique,” they added. “In this sense, they represent yet another attempt by the DPRK to exploit the potential benefit offered by such exotic designs: a prime example of the type of asymmetrical warfare the KPA excels at.”

According to KCNA, Kim was accompanied during the visit by key officials, including Hwang Pyong So, Jo Yong Won, O Il Jong, and Kim Yong Su.

While the visit included the boarding of the newly built Nalchi vessel, the trip was largely for economic purposes with Kim also instructing the shipyard to build a new “modern cargo-passenger ship”.

According to data compiled by the NK Pro Leadership Tracker, Kim has only made four military purpose field visits since the beginning of 2018, instead focusing primarily on diplomatic and economic appearances.

Kim was touring the east coast city and boarded what DPRK media called a "newly built warship" with state television broadcasting two still images of the North Korean leader aboard the vessel. 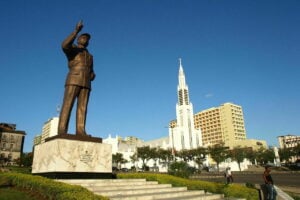 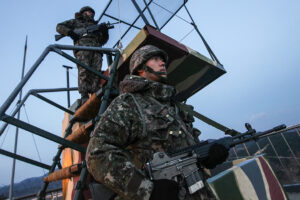