In letter to DPRK leader, U.S. President says he believes it would "inappropriate" to hold meeting
Hamish Macdonald May 24, 2018 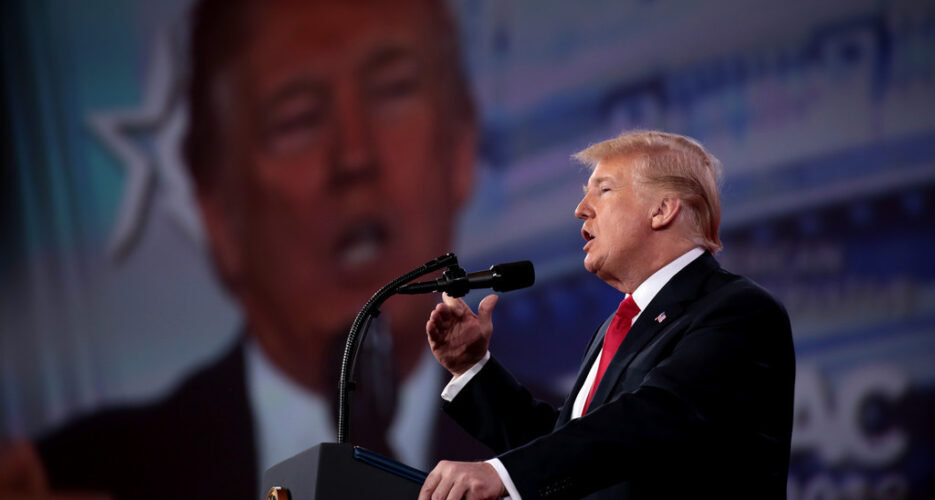 U.S. President Donald Trump on Thursday said a scheduled June 12 summit with Kim Jong Un will not take place, in a letter to the DPRK leader released by the White House.

“We greatly appreciate your time, patience, and effort with respect to our recent negotiations and discussions relative to a summit long sought by both parties, which was scheduled to take place on June 12 in Singapore,” a letter signed by the President read.

“I was very much looking forward to being there with you,” it added.

“Sadly, based on the tremendous anger and open hostility displayed in your most recent statement, I feel it is inappropriate, at this time, to have this long-planned meeting.”

The comments appear to come in response to a statement by DPRK Vice-Foreign Minister Choe Son Hui issued on Thursday, in which the senior North Korean diplomat warned that she may ask Kim Jong Un to “reconsider” participation in the summit.

“We will neither beg the U.S. for dialogue nor take the trouble to persuade them if they do not want to sit together with us,” Choe said in an English-language statement issued by KCNA on Thursday.

“Whether the U.S. will meet us at a meeting room or encounter us at nuclear-to-nuclear showdown is entirely dependent upon the decision and behavior of the United States,” she continued.

The President’s surprise decision to withdraw from what would have been a historic summit comes just hours after North Korea claimed to have dismantled its nuclear testing site at Punggye-ri.

In a statement carried by the Korean Central News Agency (KCNA), the Nuclear Weapons Institute of the DPRK said the move had ensured the “transparency of the discontinuance of nuclear test(s)” first announced by North Korea’s ruling party in April.

In his letter on Thursday, the U.S. President also appeared to issue a warning to Kim Jong Un.

“You talk about your nuclear capabilities, but ours are so massive and powerful that I pray to God they will never have to be used,” Trump wrote.

But he also appeared to leave an opening to the DPRK leader, writing that “I look very much forward to meeting you” and thanking him for the recent release of three U.S. prisoners from the North.

“If you change your mind having to do with this most important summit, please do not hesitate to call me or write,” the letter continued.

“The world, and North Korea in particular, has lost a great opportunity for lasting peace and great prosperity and wealth.”

A letter from the President to Chairman Kim Jong Un: “It is inappropriate, at this time, to have this long-planned meeting.” pic.twitter.com/3dDIp55xu1

The planned Kim-Trump summit – which had it gone ahead would have represented the first meeting between a North Korean leader and a sitting U.S. President – was first announced in March.

Trump quickly accepted the offer and, following months of speculation and in the aftermath of a historic third inter-Korean summit, announced in early May that the meeting was set to take place on June 12 in Singapore.

But relations between the U.S. and North Korea soured just days later, following Pyongyang’s decision to withdraw from a planned high-level inter-Korean meeting.

In a statement following the news, the DPRK cited the ongoing joint DPRK-U.S. Max Thunder military exercise, among others, as its reason for withdrawing from talks.

It also said the U.S. would “have to think twice” about the future of dialogue between the two countries.

In a statement just hours later, DPRK Vice Foreign-Minister Kim Kye Gwan warned that his country may “reconsider” its participation in the summit following suggestions by U.S. officials of a “Libya model” for North Korean denuclearization.

The President in response doubled-down on the comparison, saying that if no deal were reached at the upcoming summit then North Korea will most likely face the “Libya model” in which the country was “decimated.”

“We’re moving along. We’ll see what happens. It may not work out for June 12,” Trump said, in comments following a summit meeting with South Korean President Moon Jae-in.

U.S. President Donald Trump on Thursday said a scheduled June 12 summit with Kim Jong Un will not take place, in a letter to the DPRK leader released by the White House.

"We greatly appreciate your time, patience, and effort with respect to our recent negotiations and discussions relative to a summit long sought by both parties, which was scheduled to take place on June 12 in Singapore," a letter signed by the President read.