Seoul to propose high-level inter-Korean talks ahead of upcoming summit
March 29 talks planned to take place on northern side of Panmunjom at Tongilgak
Dagyum Ji March 21, 2018 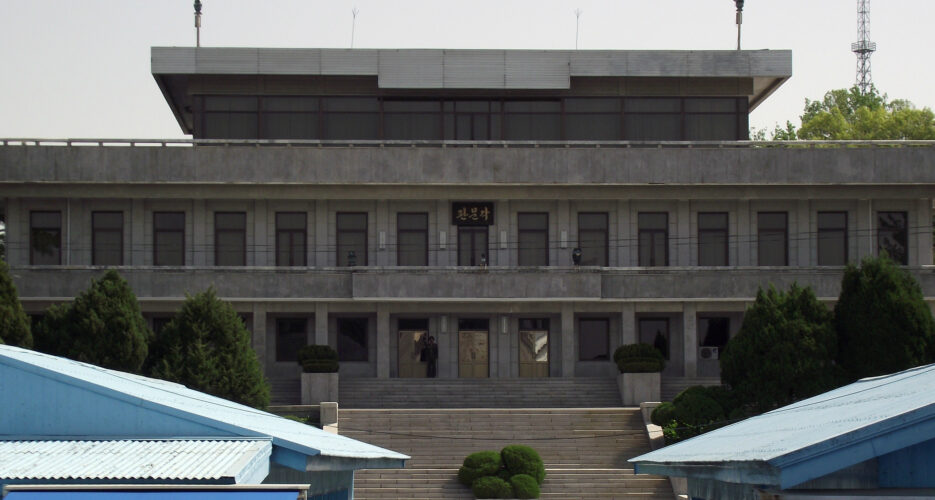 Seoul will propose holding high-level talks with the North at Panmunjom next week in preparation for an upcoming summit between Kim Jong Un and Moon Jae-in, South Korea’s presidential office announced on Wednesday.

The Ministry of Unification (MOU) plans to propose holding the March 29 talks on the northern part of Panmunjom, Tongilgak and will reach out to the North tomorrow.

The South will dispatch a three-member delegation led by South Korean Minister of Unification Cho Myoung-gyon and officials from the National Intelligence Service (NIS) and the presidential office.

Seoul says it plans to discuss issues including the schedule and agenda of next month’s inter-Korean summit, along with the formation of the delegation, at next Thursday’s meeting.

President Moon Jae-in also told Wednesday’s meeting that any agreements made during his meeting with Kim Jong Un should be “institutionalized” and called for the committee to prepare for the process of ratifying the upcoming agreement at the National Assembly.

“Consensus can be pursued perpetually even if the political situation changes,” spokesperson Kim quoted Moon as having said at the meeting.

“It is necessary to get an approval from the National Assembly as the national budget should be allocated to fulfill the agreements of the inter-Korean summit.”

Moon also reportedly asked the committee to prepare for his meeting with Kim Jong Un while taking into account the upcoming planned meeting between U.S. President Donald Trump and the North Korean leader.

“A peace settlement on the Korean peninsula can’t be achieved solely through the agreement between the South and the North,” Moon was quoted as having said.

“There must be the guarantee from the U.S.: to this end, the North-U.S. relations should be normalized, and should be advanced to economic cooperation between the North and the U.S.”

Moon asked the committee to prepare for the meeting with these objectives in mind.

Earlier in the day, Moon called on the preparatory committee to prepare for his talks with the North Korean leader “from a neutral position” in an attempt to improve relations between Washington and Pyongyang.

The ROK President also suggested that the two Koreas and the U.S. could hold a trilateral summit, depending on the progress of upcoming talks.

Seoul will propose holding high-level talks with the North at Panmunjom next week in preparation for an upcoming summit between Kim Jong Un and Moon Jae-in, South Korea's presidential office announced on Wednesday.