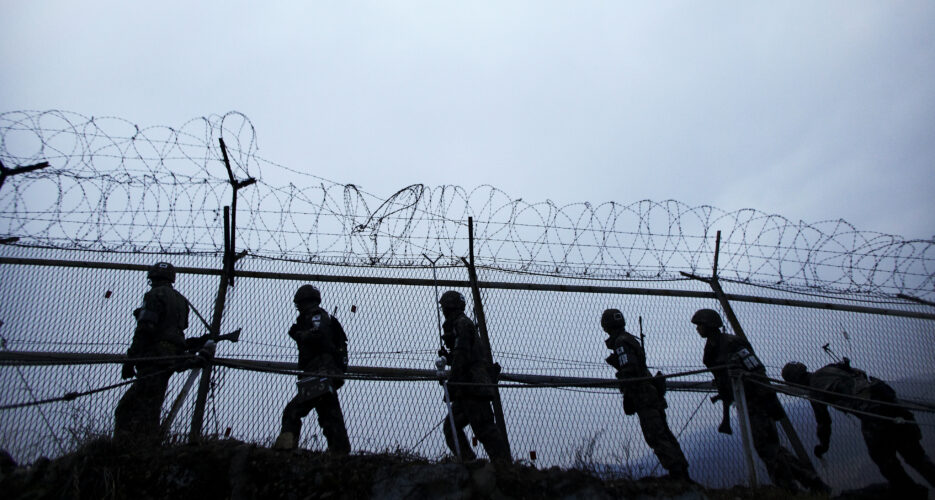 The ROK government late last year ordered the military to remove mentions of Kim Jong Un from loudspeaker broadcasts into the North, the office of a South Korean lawmaker confirmed to NK News on Thursday.

South Korea’s Joint Chiefs of Staff (JSC) reportedly made the order before December last year, though the office was unable to confirm the exact timing.

The South Korean military “received a guideline that suggested not to broadcast Kim Jong Un-related content as there is no reason to provoke North Korea unnecessarily,” an aide to Kim who participated in the closed-door briefing told NK News.

The JCS reportedly made the decision based on the judgment that direct criticism of the North Korean leader could “draw animosity” from the DPRK side and its citizens.

The briefer, who was assigned to the psychological warfare division last December, told the lawmaker that the army had already been “soothing criticism on the North Korean regime” ahead of his appointment.

The South’s JCS issues guidelines for psychological operations (PSYOP) against the North every month, with the loudspeakers in the past having previously criticized Kim Jong Un and the North Korean government.

“As [the regime] spent a large amount of the budget on test-launching missiles, residents are going through hardship. High-ranking officials dress well and fare richly while the people starve,” one recent broadcast reportedly said.

The military has reportedly increased the proportion of broadcasts calling for the “recovery of national homogeneity” while toning down its anti-North rhetoric.

The news of the joint march at the opening ceremony of the PyeongChang Winter Olympics and the joint North-South women’s ice hockey team was also reportedly broadcast.

The JCS on Thursday confirmed that Kim had been debriefed behind closed doors, though declined to comment on the alleged changes to the broadcast material.

“We are unable to publicly confirm the content of psychological warfare against North Korea,” JCS spokesperson Army Col. Roh Jae-cheon told assembled media, adding that Seoul could not disclose the details of ongoing military operations.

“However, the military has applied and implemented the best method which can achieve the objectives and effects of the operations.”

While not denying the report, Roh said the JCS would be investigating whether it was appropriate for a lawmaker to have disclosed privately-provided information to the media.

The Park administration restarted anti-North loudspeaker broadcasts on the border in January 2016 in the aftermath of Pyongyang’s fourth nuclear test.

Seoul had previously agreed to suspend the broadcasts in August 2015, after they were restarted for the first time in 11 years after a landmine blast severely injured two South Korean soldiers in the demilitarized zone (DMZ).

The two Koreas agreed last month to hold talks between their respective military officials to “resolve current military tensions,” though there is yet to be any agreement on when the meetings may take place.

The ROK government late last year ordered the military to remove mentions of Kim Jong Un from loudspeaker broadcasts into the North, the office of a South Korean lawmaker confirmed to NK News on Thursday. Opposition politician Kim Hack-yong, chairman of the National Assembly's defense committee, was verbally briefed this week by a senior military officer at the army's psychological warfare