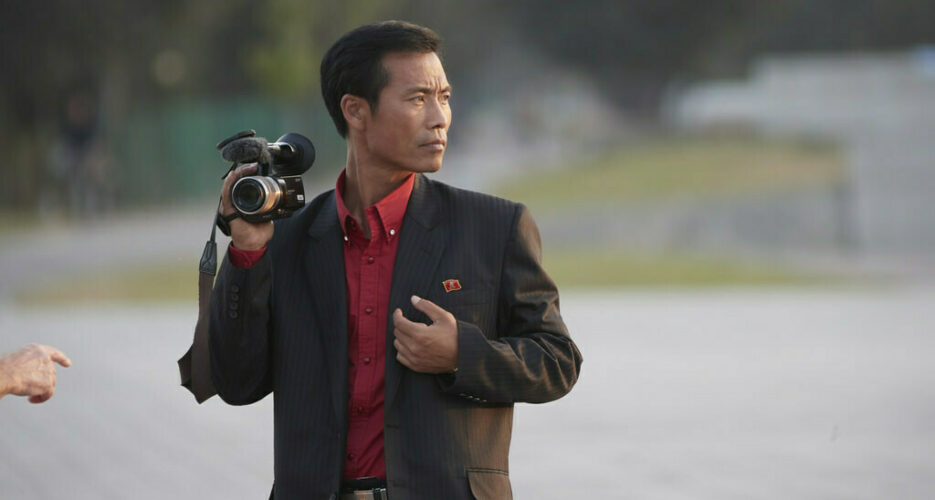 The commentary, carried by the Korean Central News Agency (KCNA), is written under the name of Kim Chol Guk, department director of the Central Committee of the Journalists Union of Korea.

Kim said South Korea’s conservative media had “astounded the world” by publishing “disgusting slander which deride and insult the sincerity of the fellow countrymen.”

The South Korean government must place controls over conservative media and should be aware that they “may mess up the great event of the nation,” his article said.

“Tongue may bring calamity and miswritten pen may become a sword beheading oneself,” an English language version of the article reads.

“The South Korean authorities may find the wedding ceremony turning into a mourning ceremony if they fail to hold tight control of media and of their own tongue.”

Conservative South Korean outlets have allegedly described the Pyongyang’s “proposal and sincere efforts for inter-Korean talks as double-dealing tactics,” the article said, without specifying which outlets it was referring to.

“They even admonished the authorities to be vigilant against ‘the north’s trick to impair the South Korea-U.S. alliance.’”

The editorial warned that the “Peace Olympics” which have been promoted by the Moon administration may be turned into “confrontation Olympics” by critical media reports.

North Koreans have expressed their “vehement resentment” and doubts on whether Pyongyang should send a “sacred delegation” to the 2018 Winter Olympics due to the slanted reports, the article claims.

The Rodong Sinmun, an organ of the Workers’ Party of Korea (WPK), also carried an editorial on Monday criticizing Moon’s new year speech.

South Korean media reported that Pyongyang planned to dispatch a cheering and performing squads to the PyeongChang Winter Olympics and Paralympics to “as a ground for domestic and foreign propaganda,” the KCNA statement said.

Outlets were also denounced for claiming that the purpose of the high-level talks was to “evade sanctions on North Korea.”

“Attributes and habitue of the conservative media – which will be out of bread unless they don’t slander us – are being revealed in detail once again,” the Korean version of the article read.

“The entire nation has sentenced these rubbish penny-a-liners – which are parasitic on the situation of division by making vicious plots and slanders –  to death a long time ago…,” it added.

This is not the first time that the DPRK has targeted South Korea’s right-wing media.

Last August saw the country’s Central Court sentence four reporters and the chairmen of the Chosun Ilbo and the Dong-A Ilbo newspapers to death for reporting on the release of a Korean language version of a book about life in the North.

Ri Son Gwon, chairman of the Committee for the Peaceful Reunification of the Country (CPRC), told media that the talks would go well “unless the press misled” public opinion and accused South Korean media of making “absurd” reports.

But despite hints in North Korean media at some dissatisfaction with the talks, inter-Korean dialogue is set to continue, with the two Koreas on Monday agreeing to hold working-level talks on the North’s participation in the PyeongChang Winter Olympics on Wednesday.

The North Korean journalists union on Monday called on South Korea to “hold tight control” of its conservative media, warning that negative reports could scupper ongoing DPRK-ROK dialogue. The commentary, carried by the Korean Central News Agency (KCNA), is written under the name of Kim Chol Guk, department director of the Central Committee of the Journalists Union of Korea. Kim said