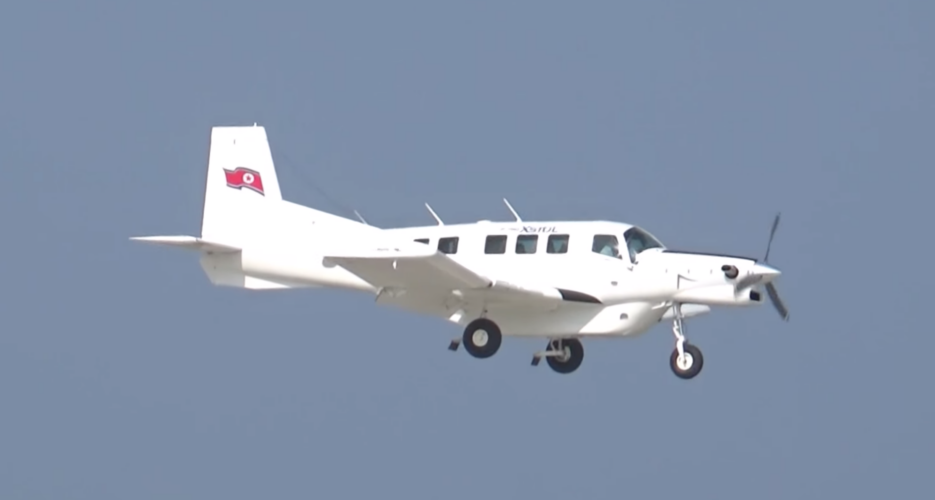 The company, Pacific Aerospace, was charged by New Zealand Customs in August with unlawfully exporting aircraft parts to the DPRK in violation of UNSC Resolution 1718 provisions pertaining to luxury goods.

The charges were specifically “for three breaches of the United Nations Sanctions (Democratic People’s Republic of Korea) Regulations 2006, and one charge under section 203(1)(b) of the Customs and Excise Act 1996,” a press release from the New Zealand Customs read at the time of the charges.

The company will also reportedly plead guilty to making an erroneous declaration on a customs export form.

A UN Panel of Experts (PoE) tasked with monitoring North Korea sanctions implementation also investigated the presence of the plane, detailing the findings in its 2017 report.

According to the PoE, the “aircraft had been indirectly brought to the Democratic People’s Republic of Korea” via China.

Emails obtained by the PoE also revealed that Pacific Aerospace was aware of its aircraft’s presence in North Korea and continued to communicate with the Chinese reseller that had transferred the plane to the DPRK, even offering to provide training and spare parts for the plane.

The PoE was investigating the sale of the aircraft to North Korea in relation to its potential breach of Paragraph 8 (a) (iii) of UNSC Resolution 1718, passed in 2006.

Paragraph 8 section (a) (iii) states that UN Member States must prevent the direct or indirect supply, sale or transfer to North Korea of luxury goods. According to the PoE, Pacific Aerospace confirmed that the P-750 qualifies as one of their luxury light planes.

According to Fairfax Media, the Judge has set sentencing for January 2018.