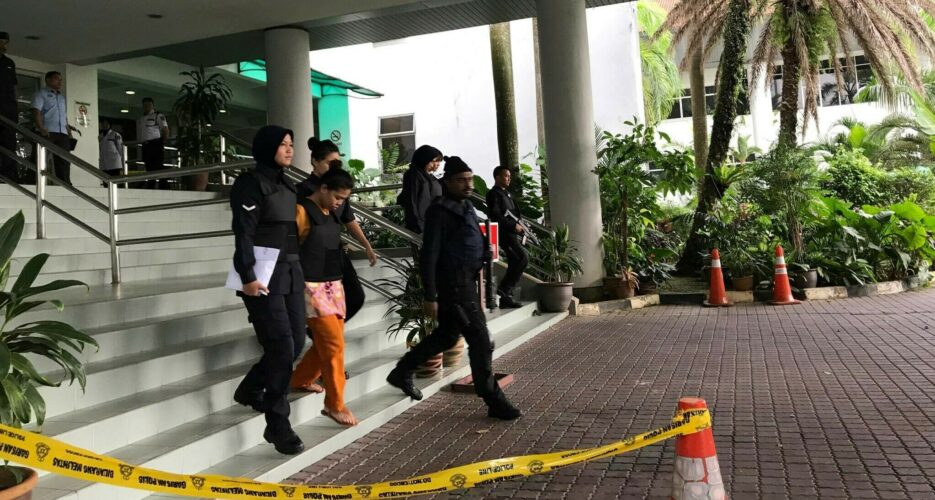 The question of whether Kim Jong Nam was murdered with the VX nerve agent came under question in court in Malaysia today, during the third day of the trial of two women accused of his murder.

In an extended cross-examination of pathologist Dr. Mohd Shah Bin Mahmood, defense attorney Gooi Soon Seng sought to challenge longstanding claims by the prosecution and local police that the half-brother of Kim Jong Un had been murdered using the VX nerve agent.

“Would you know the difference between VX, Tabun, Soman, and Sarin?” Gooi asked, to which Dr. Shah – head of the Forensic Pathology Department at Hospital Kuala Lumpur – replied: “I have limited knowledge.”

“Whether the person died of VX or not is for the judge to decide, not for him to decide,” Gooi told the court. “His role is to decide the cause of death. That’s all.”

“The conclusion must come from the judge. He must know his role as an expert, he cannot give a bias… we find he has a bias conclusion.”

Doan Thi Huong, a Vietnamese national, and Siti Aisyah, an Indonesian national, pleaded not guilty to murdering Kim on Monday, in proceedings which have seen their defense claim that the two were participating in what they believed was a TV prank show.

Both could face the death penalty if convicted.

Shah performed the initial autopsy on Kim Jong Nam, and an 11-page postmortem report has been presented as evidence to the court.

When asked why the postmortem was conducted on February 15 – two days after Kim’s death – Shah cited objections from the North Korean embassy in Malaysia.

No full medical investigation was conducted before that time, Shah added, under cross-examination by Hisyam Teh Poh Teik, the lawyer representing Doan Thi Huong.

The defense has successfully argued for some elements of the report to be expunged, claiming they represented hearsay and were not admissible as evidence – a decision the prosecution has challenged.

Wednesday’s proceedings saw the prosecution bring some 10 samples of blood, urine, and other liquids that they claim is tainted with VX to be presented to the court as evidence –  a decision which reportedly meant that masks and surgical gloves had to be worn by the judge and others present at the trial.

Just over a week after Kim Jong Nam’s murder in Kuala Lumpur on February 13, Malaysian police announced that a preliminary investigation had identified N-2-Diisopropylamino Ethyl methylphosphonothioate – commonly known as VX – as having been the cause of death.

The substance has no known use beyond as a chemical weapon and is classified as a weapon of mass destruction by United Nations Resolution 687.

Preliminary reports of the attack on Kim Jong Nam had suggested that one of his assailants at Kuala Lumpur International Airport had covered his face with a cloth laced with a liquid, but the prosecution now says Doan Thi Huong and Siti Aisyah used their bare hands to smear Kim’s face with the toxin.

Four suspects in the case remain at large, the prosecution has said.

In-mid March Interpol issued a red notice on four male North Korean suspects linked to the murder of Kim – all are believed to have left Malaysia after the attack was carried out and were named as Ri Jae Nam, O Jong Gil, Hong Song Hak and Ri Ji Hyon.

Throughout the trial at the Shah Alam High Court, the defense has sought to undermine claims that the two accused used the deadly nerve agent to knowingly murder Kim.

Gooi Song Seng has claimed that the pathologists are only qualified to make clinical assessments about cause of death, and are not in a position to confirm which chemical was used to kill Kim.

In a press conference following the day’s proceedings, the defense argued that their questioning of the pathologist had shown that the poison which killed Kim Jong Nam could have also been transferred through food or drink.

On Tuesday government pathologist Dr. Nur Ashikin Othman testified that, at the time of his death, Kim Jong Nam had demonstrated extremely low levels of the enzyme cholinesterase – necessarily for nervous system function – in his bloodstream.

The two accused, however, exhibited normal levels of the enzyme, the pathologist added – testimony which the defense claims demonstrates the two were not exposed to the nerve agent and could not have used it to kill Kim Jong Nam.

Nur said that while this could be the case, it was also possible that the two were either not exposed to enough of the toxin or could have simply washed it off.

Kim Jong Nam, who had lived largely in exile since falling out of favor with his father, was ambushed by two assailants while waiting to board a flight to Macau. He died later that day.

Throughout legal proceedings, he is being referred to by the prosecution, however, as “Kim Chol,” the name on his passport at the time of his death and the name used by North Korea, which has refused to acknowledge that the man killed was Kim Jong Un’s brother.

The question of whether Kim Jong Nam was murdered with the VX nerve agent came under question in court in Malaysia today, during the third day of the trial of two women accused of his murder.

In an extended cross-examination of pathologist Dr. Mohd Shah Bin Mahmood, defense attorney Gooi Soon Seng sought to challenge longstanding claims by the prosecution and local police that the half-brother of Kim Jong Un had been murdered using the VX nerve agent.