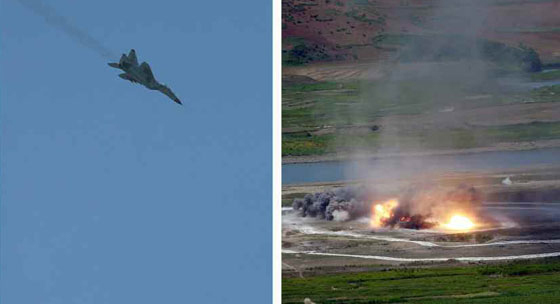 A group of division and brigade commanders and newly-qualified young pilots also participated in the contest.