Father of defector restaurant worker has died, North Korea says
Pyongyang has long claimed that the 12 workers, who arrived in the South last year, were "abducted"
Dagyum Ji May 25, 2017 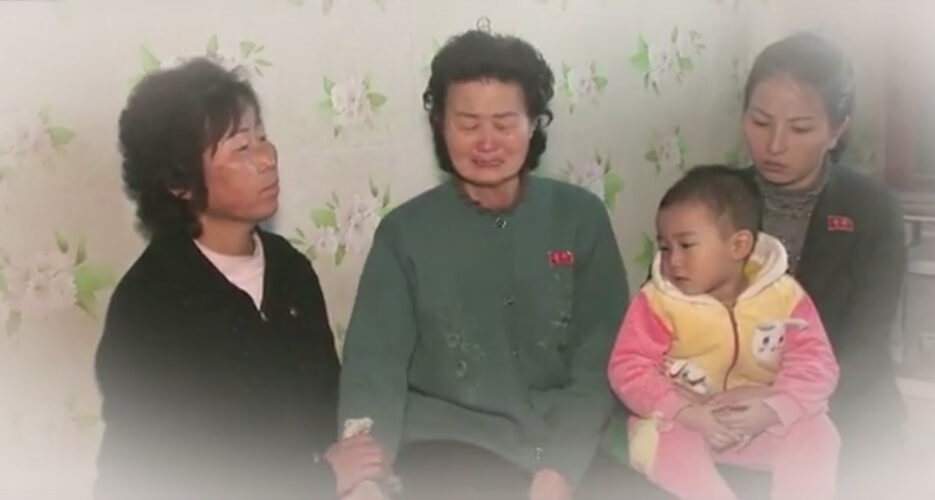 The father of Ri Ji Ye, one of the 12 female North Korean restaurant workers involved in a mass-defection to South Korea in April last year, has died, North Korea’s state-run Uriminzokkiri website said in a video released on Thursday.

The video, entitled “[I] cannot close my eyes with my anger,” shows what is reportedly the last will and testament of Ri Kyong Su.

The group, consisting of 12 female employees and one male manager, arrived in Seoul on April 7 last year via Malaysia and Thailand, having allegedly fled a North Korean government-run restaurant in the Chinese city of Ningbo.

Pyongyang has repeatedly insisted that the group was “abducted” and that their male manager colluded with South Korea in the plot. Most recently, Uriminzokkiri released a video on May 20 claiming that National Intelligence Service (NIS) chief Lee Byung-ho was the main culprit.

State media has hammered home this message with videos and statements from the families, friends, and coworkers of the 12 women since South Korea’s Ministry of Unification (MOU) announced their defection last year.

In the video, a middle-aged woman, presumably the mother of Ri Ji Ye, sobs and says that her husband had passed away.

“[He] looked for his daughter desperately as he wanted to see and hug her and listen to her voice just even once,” Ji Chun Ae says in the video. “He passed away without closing his eyes bearing a sky-high grudge against the enemy.”

The North claims that Ri’s health condition had “deteriorated rapidly” since his daughter’s defection to the South.

“There is a saying that heartache doesn’t need an ointment, so there is no medicine to cure the disease which had been exacerbated due to the daughter,” the handwritten will reads.

“Only your return is the medicine which can raise me up and the best prescription which can cure my illness.”

In the video, group photos of Ri and his wife and daughter are shown as a narrator reads the will.

Ri Ji Ye’s mother sent an open letter to her daughter on the website of Uriminzokkiri in April and in Arirang-Meari last August.

The parents of the 12 workers have stepped up their efforts this year, sending letters to the UN Secretary-General, United Nations High Commissioner for Human Rights, President of UN Human Rights Council (UNHRC) on February 25, Uriminzokkiri reported on March 7.

The 12 defectors have reportedly received special admission into universities in the South, are living under NIS protection due to the prominence of their case, and are yet to make any public statements regarding their arrival in Seoul.

The South Korean Lawyers for a Democratic Society (Minbyun) organization requested to meet the former restaurant workers last year to investigate North Korean claims that the group had been carrying a hunger strike, but the request was denied by the Seoul Administrative Court in late March.

The father of Ri Ji Ye, one of the 12 female North Korean restaurant workers involved in a mass-defection to South Korea in April last year, has died, North Korea's state-run Uriminzokkiri website said in a video released on Thursday.

The video, entitled “[I] cannot close my eyes with my anger,” shows what is reportedly the last will and testament of Ri Kyong Su.