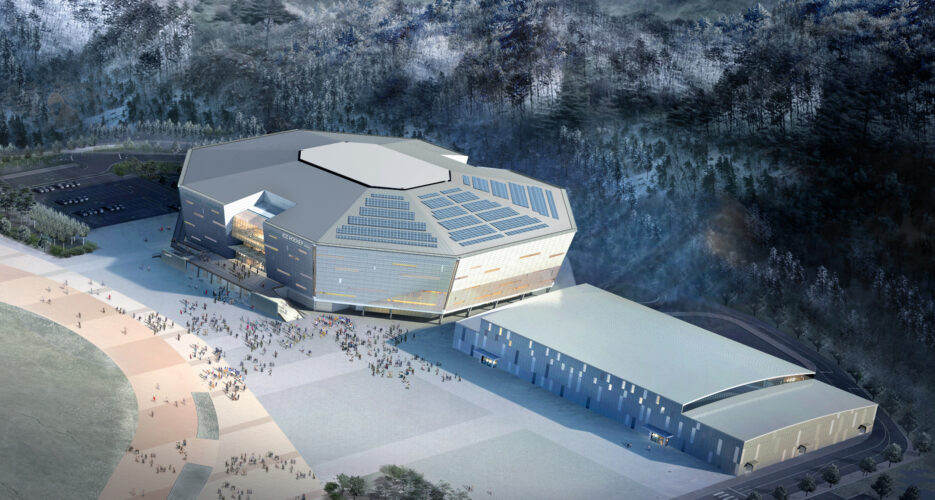 The North Korean women’s national ice hockey team has submitted its roster to participate in an international competition and qualifier for next year’s Winter Olympics, the PyeongChang Organizing Committee for the 2018 Olympic and Paralympic Winter Games (POCOG) said on Friday.

The North Korean team handed in a roster consisting of 20 athletes and 10 support personnel to the IIHF in accordance with international practices and rules and procedures of the competition, the POCOG said in a written statement.

“We confirmed that the North Korean side recently submitted the entry list to IIHF,” POCOG President Lee Hee-beom said. “We plan to discuss the necessary matters concerning the participation of North Korean athletes with the government.”

The POCOG provides lodging costs for all participating countries, and the IIHF will pay for flights if the North is allowed to participate in the competition.

The matches in which the DPRK team is set to play will be held from April 2 to 8, according to a brochure published by the POCOG and the website of IIHF.

The IIHF competitions are also a test event ahead of next year’s PyeongChang Olympics, and provide an opportunity for athletes and officials to familiarize themselves with the match environment.

Six countries including the DPRK, the Republic of Korea (ROK), the Netherlands, England, Slovenia and Australia are scheduled to participate in the IIHF Ice Hockey Women’s World Championship Division Ⅱ, Group A.

South Korean’s Ministry of Unification (MOU) told NK News after today’s announcement by the POCOG that they haven’t yet been given any specifics regarding the North Korean women’s national hockey team’s visit to the South.

Earlier in the day, a spokesperson said that they were yet to receive any application from DPRK officials related to the trip.

“There has been no request, but we will review [the visit] in accordance with original international customs as well as rules and procedures considering that the match is an international competition,” an MOU spokesperson Jeong Joon-hee told media during a regular news briefing on Friday.

The MOU, when contacted by NK News in early February, said that “nothing has been confirmed” about the fixture and said the ministry didn’t “yet have a formal stance,” despite the IIHF having laid out plans for the tournament in September last year.

The North Korean women’s national ice hockey team has submitted its roster to participate in an international competition and qualifier for next year's Winter Olympics, the PyeongChang Organizing Committee for the 2018 Olympic and Paralympic Winter Games (POCOG) said on Friday.