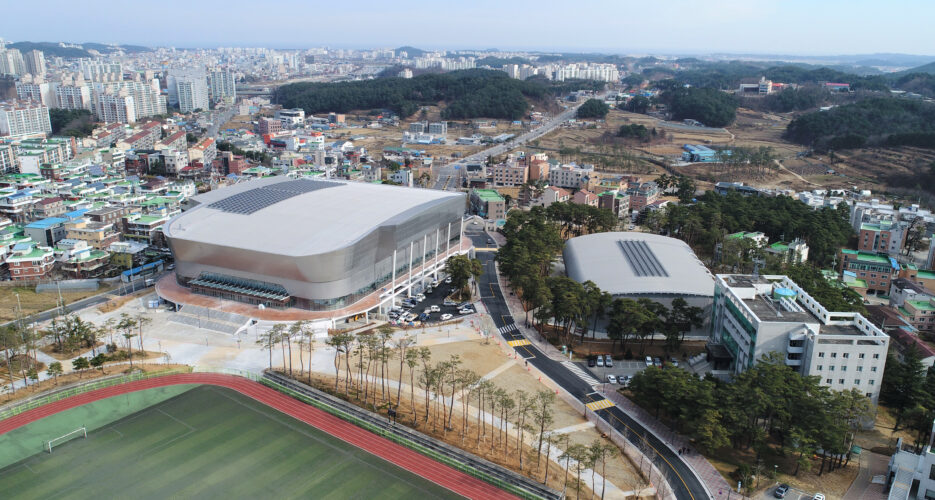 The participation of the North Korean women’s national ice hockey team in a test event for the PyeongChang 2018 Olympics held in April hasn’t yet been discussed by the two Koreas, the South Korean Ministry of Unification (MoU) told NK News on Thursday.

The DPRK women’s national hockey team is scheduled to take part at the 2017 Ice Hockey Women’s World Championship of International Ice Hockey Federation (IIHF) at Gangneung, in the Gangwon Province of South Korea.

The matches where the DPRK is set to participate will be held from April 2 to 8, according to a brochure published by PyeongChang Organizing Committee for the 2018 Olympic and Paralympic Winter Games (POCOG) and the website of IIHF. North Korea is grouped with South Korea, the United Kingdom, Slovenia and Australia.

The South and the North national female hockey teams are due to play at the Kwandong Hockey Centre on April 6 in South Korea, a day ahead of a planned soccer match between the South Korean and North Korean women’s soccer teams in Pyongyang.

The IIHF competitions are test events ahead of next year’s PyeongChang Olympics, which provide an opportunity for athletes and officials to familiarize themselves with competition venues and the host region, the website of POCOG reads.

Among the test events, held from mid-January to mid-April, the Ice Hockey Women’s World Championship is the only in which the North will participate.

POCOG President Lee Hee-beom on Thursday said the South’s Olympic committee had made efforts so that “the North can take part in PyeongChang Olympics without exception,” South Korea’s Yonhap News Agency reported.

“We have been prepared in case North Korean participates in the PyeongChang Olympics,” Lee told reporters at a news conference held in Gangneung to mark a year until the games.

But Lee’s remarks were inconsistent with statements from the administration of Gangwon Province and the MoU to NK News on Thursday.

Local outlet Sports Seoul reported on Thursday that the participation of the North Korean female hockey team in the April competition was “confirmed,” citing an interview with Choi Moon-soon, Governor of Gangwon Province. But the provincial government refuted the report.

“The organizing committee [of PyeongChang Olympics] request the media not to directly report the issue as the participation of the North Korean team can be nullified if the issue is reported in the media,” an unnamed official for Gangwon Province told NK News.

An unnamed MoU spokesperson also told NK News that “nothing has been confirmed” yet about the fixture and said the ministry didn’t “yet have a formal stance”, despite the IIHF laying out plans for the tournament in September last year.

Because it is scheduled as an international sporting fixture, the ministry would likely view the event differently to other forms of inter-Korean exchange, all of which are currently suspended following North Korea’s fifth nuclear test on September 9 last year.

“The issue of North Korea’s participation in the Winter Olympics will be dealt with in accordance with international customs and the rules and procedures of the match,” spokesman Jeong Joon-hee told a reporter during a regular news briefing on Monday. “But… the North should qualify for the Olympics to participate.”

North Korea participated in the 2016 Summer Olympics held in Rio de Janeiro and dispatched Choe Ryong Hae, Member of the Presidium of the Political Bureau of the Central Committee of the Workers’ Party of Korea (WPK), to Brazil.

The country didn’t take part in the Sochi 2014 Winter Olympics, but sent Kim Yong Nam, President of the Presidium of the Supreme People’s Assembly of the DPRK, to the opening ceremony.

High-profile North Korean officials, Hwang Pyong So, Choe Ryong Hae, and the late Kim Yang Gon visited the South in October 2014 to attend the closing ceremonies of the 17th Asian Games in Incheon.

South Korean imposed unilateral sanctions against Hwang and Choe in early December in the wake of the North’s fifth nuclear test.

Japan’s Kyodo News reported on Monday that North Korean athletes and officials will be allowed to take part in the 2017 Sapporo Asian Winter Games in Japan, which kicks off on 19 February.

The participation of the North Korean women's national ice hockey team in a test event for the PyeongChang 2018 Olympics held in April hasn’t yet been discussed by the two Koreas, the South Korean Ministry of Unification (MoU) told NK News on Thursday.

The DPRK women’s national hockey team is scheduled to take part at the 2017 Ice Hockey Women’s World Championship of International Ice Hockey Federation (IIHF) at Gangneung, in the Gangwon Province of South Korea.