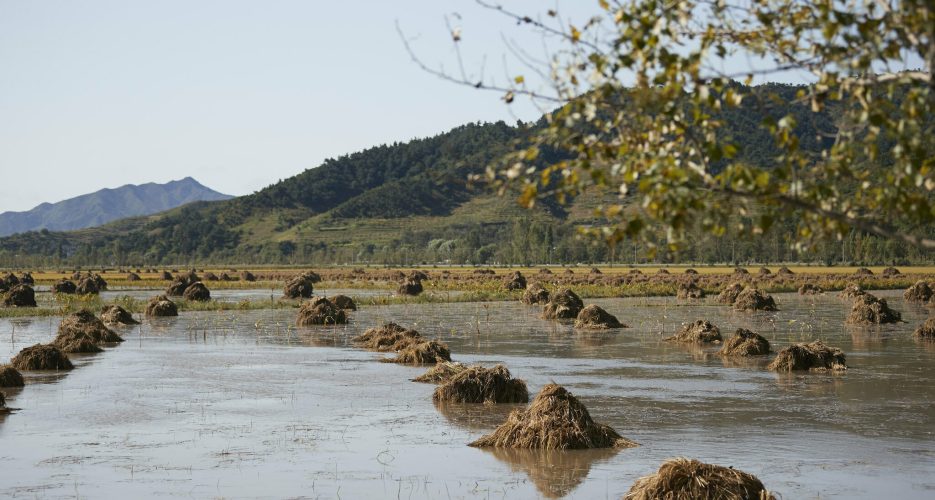 At the conference meeting, Park had highlighted carrying out flood damage prevention programs before the anticipated regular rainy season, or jangma. The KCNA wrote that large-scale construction projects like the inclusion of power stations on the Chongchon River are taking place.

“Farms across the country have pushed ahead with the improvement of drainages and preparations for operating pumps at full capacity, while taking full measures to prevent maize from storm damage,” the agency reported.

The Pongchon Coal Mine appears to have “successfully finished” improving their open drainage systems, along with other coal mine areas such as in the Kangwon Province and parts of North Korea further north.

“The Ministry of Railways and railway branch bureaus in different parts of the country have been taking measures to prevent damage from landslide.”
On Monday, the KCNA reported that Park was struck by the need to prevent flood damage during the field-site visit.

“While going around different places in Pyongyang and Nampo, he concretely investigated the reality of dredging work and the state of the floodgate management in the Daedong River, and then held the conference meeting,” it said.

“In pertinent units, the quantity of water flow and water levels in the Daedong River must be monitored in real-time, and the automatic steering system of the floodgate must be thoroughly guided, so that we may protect the life and property of the people and that there will not be an outbreak of harm to nature,” Park was quoted as saying during the meeting.

There was discussion about increasing buckets and power to control water levels. KCNA TV also broadcasted the preventative measures North Korea would take for any possible floods.

On June 4, the state-run Rodong Sinmun newspaper wrote: “There is a saying that even though there is an end to the dry season, there is no end to the rainy season,” and “In every part, in every measure, we must progress in close measures to block the harmful damage from the rainy season and continue production without any interruption.”

The Yonhap News Agency also reported that as North Korea undergoes forest devastation and electricity shortages, it is also experiencing heavy damage from the rainy season almost every year.

At the conference meeting, Park had highlighted carrying out flood damage prevention programs before the anticipated regular rainy season, or jangma. The KCNA wrote that large-scale construction projects like the inclusion of power stations on the Chongchon River are taking place.