Indoctrination intensifies to counter outside influence: source
Arrest, sentencing of South Korean missionary for espionage may have been pretext to stiffen ideological control
June 26, 2014 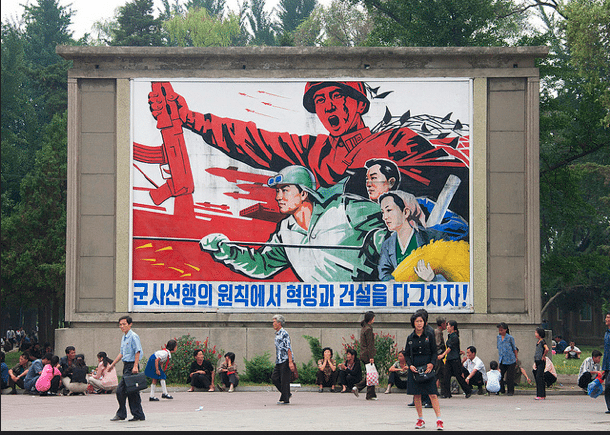 More than 30 people from Pyongyang have been sent to prison camps, suspected of having come into contact with a South Korean or received some kind of Christian instruction in China.

North Korea threatened to arrest anyone who “make(s) the people fall into the impure idea,” stressing what to beware of, and that “if they speak with any Christian church or hear anything, they will be treated as counterrevolutionary numerators.”

“The people cannot even stir an inch,” the RHRAK said.

Accusing South Korea’s national intelligence in attempting to “destroy its system,” the regime under Kim Jong Un appears to be focusing on gaining stricter control over the people, dismissing outside threats and reinforcing its propaganda.

“The education of ideology in Kim Jong Un’s regime is an excuse to suppress a relaxed structure,” a source told the RHRAK. “Since the reinforcing of control over residents initially did not go so well, they seemed to have wanted use the press conference of the South Korean missionary as a plot to gain back control.”

“With the spread of changing border guards, cellular phones, radio detection and other things, along with their suppression of the church movement, from now on the control over citizens will be more severe.”

The RHRAK wrote that some citizens now believe that the government’s tightening control is “progressing so much that my back is about to break.”

More than 30 people from Pyongyang have been sent to prison camps, suspected of having come into contact with a South Korean or received some kind of Christian instruction in China.